Power-couple Elaine Livera and Jamie Hall capped astonishing debut seasons with brilliant performances on the day, but more was to come in the prize-giving ceremony when Elaine took overall honours for the whole season, while Jamie was second on the men’s side. Across the five fixtures, Elaine was 1st, 3rd, 2nd, 4th and 2nd respectively, while Jamie took three 4th places and a 5th in the four matches he competed in.

Isobel Everest and Juliet Nayler were others to enjoy incredibly consistent seasons, and they took the FV35 and FV40 honours respectively. With team victory on the day meaning they won four of the five fixtures this season, the ladies’ team cantered to the league win.

Out on the course of the “home” fixture at Bedford’s Priory Park, organised and overseen by Juliet, who was a non-runner on the day, wet weather had caused upheaval in the runup, leaving a section of the scheduled course looking less like cross-country and more competitive wading. Thankfully plans had been made and though the rejigged route was slightly shorter, it still posed a unique, sapping, muddy challenge to competitors, with an ice-cold stream crossing to boot.

Following the initial charge from the start line, early exuberance soon gave way to runners criss-crossing the breadth of the course in search of the least treacherous racing line. 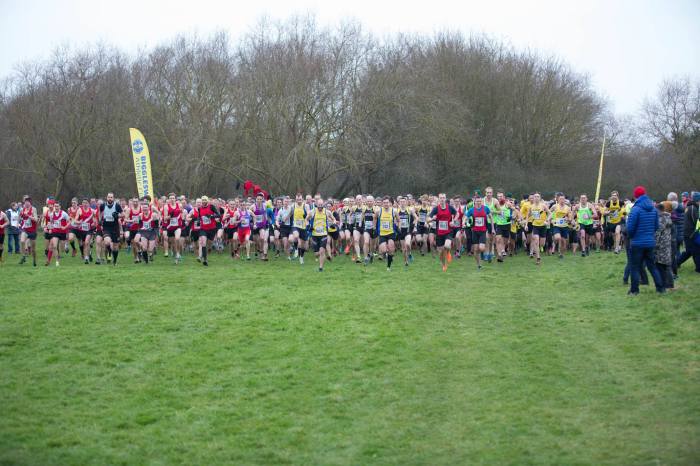 Marcus Davey said of conditions: “I was expecting a mud-fest but as it turned out it wasn’t all mud – only the second mile was the tricky section with plenty of ‘squidge bogs’. From data collected from our various BAC owned GPS running devices collated on Strava, I have been geeky enough to note the second mile of the run was on average 30 to 45 seconds slower due to the excess of water and mud.” How runners contended with the slower sections would prove critical to final places, with some powering through as others wilted.

With many BAC members standing aside to help with marshalling duties, the club fielded ateam of 27, making the prize-winning achievements all the more impressive. As a comparison, Bedford Harriers, who were runners up in the ladies league had 71, while Ampthill & Flitwick Flyers – top of the men’s table – had 68. North Herts Road Runners, the overall winners of the combined team prize for the season, had a team of 49 competing on the day.

Of his fourth-place run, Jamie Hall said: “I was quite apprehensive before the start; I had foolishly looked at the overall standings after the last event and found that despite never placing higher than fourth, I was in with a chance of finishing second in the series if I had a good run.

“The race got off to a strange start. I had been caught napping at the start of the last few events and missed the horn, so I watched the starter like a hawk. A rather forlorn whimper came from the klaxon canister along with some compressed air, I immediately set off, charging to the front in an eight-second burst as instructed by coach Paul Davies. After a brief spell in the lead alongside Rob, I was soon joined by three others who gradually eased away from me as we approached the water feature.

“I knew I couldn’t keep with the front runners, so I settled into what felt like an appropriate pace and tried to conserve my energy as much as possible over the boggy surface. Having missed the first event and its stream, it was nice to get a proper cross country christening through the brook. As the race progressed we eventually reached a short paved stretch where a runner in trail shoes was able to make up ground. As soon as we hit the grass my spikes started paying off again and I managed to stick with him until we reached the final stretch. I gave it everything I had to push ahead and sprint to finish the race in fourth. With no idea who the runners were ahead of me other than the clear winner of the series, I wouldn’t know my final place until the awards were handed out.”

On the ladies’ side things were clearer cut, with Elaine Livera arriving on the start line with the same number of points as Bedford’s Gill Fullen, meaning a straight shootout between the two for the individual title. From the start, in BAC coach Giles Hawthorne’s words at the finish: “She was awesome today.” Elaine powered round to finish as second lady, but crucially Gill was the fourth lady finisher on the day.

Filling up the ladies’ scoring positions, Isobel Everest was sixth, Hannah Broom seventh and Natalie Morgan ninth, with all having been in and around the top 10 all season.

Elaine said: “I realise that the marshals and organisers usually get thanked at the end of these reports so I wanted to make sure they took priority for once. I thought the course was really good and all the work that went in to organising and setting up the route on the day was awesome. I do realise that if most of you hadn’t have been helping, you would have been running, so I really appreciate you sacrificing your own runs so that we could all participate. Hopefully there will be an event in the future where I will marshal so you guys can run! 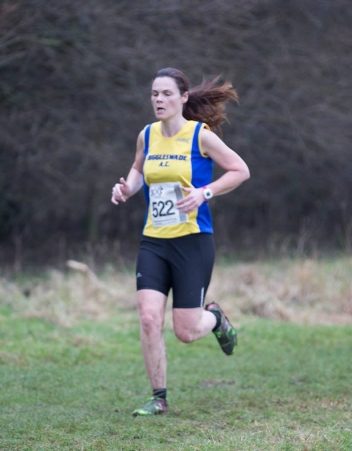 “After a fun evening making over 400 rolls with a few members of the BAC team, we had all topped up on some team spirit in preparation for a tough but exciting run the next day. Due to the excellent performance by everyone who had run in the previous races, the women’s team was very close to winning the title! If we all ran well on the day, we knew we could secure it. This pressure was definitely in the forefront of my mind as well as the nerves that came from knowing that I had to place at least one point ahead of the woman I was tied with on points.

“I knew that the calibre of runners who showed up on the morning was high and that they would be really hard to beat. I decided to try the tactic that had worked at Dunstable; just run as hard as you can for as long as you can and hope that ‘as long as you can’ reaches the finish line.

“The route was really good and felt like proper cross country (minus the hills) due to the energy sapping mud that made you feel like you were sliding backwards with every step you did. All I could think about was where I was on the course map and I was watching myself complete the course as if I was seeing it as a Strava flyby.

“I managed to stay with the girl in front quite comfortably in the muddy woods as I was wearing spikes however as we changed terrain and moved onto a short stretch of concrete, she started to increase the distance between us. I was okay with this as I was still in front of the lady I knew I had to beat.

“As I neared the finish I heard Jamie shouting at me to start sprinting and I’m glad I was told because one of the ladies behind me had also started sprinting in the hope of pipping me to the line! Thankfully I managed to hold her off! Phew! Plus, coming second meant that I had won the individual title!”

The third team title marked the end of a long and prize-filled relationship BAC has enjoyed with Juliet Nayler, and after the race chairman Damien Pitts gathered members around to pay warm tribute to the hard work she put in over the years both as a key part of the squad, and as team captain. Of what comes next, Juliet said: “I’m joining Bedford Harriers to train for triathlons with them. But I will be doing Liverpool half in May with some of the Biggleswade bunch.

“You never know I may be helping the Harriers with their cross-country!”

Jamie added: “Thank you to Jules for organising such a successful event – the course was brilliant. Good luck in your new club, you’ll be missed.

“The team spirit has been incredible, it’s great to see so many people from the club giving it everything over some really tough terrain! Special thanks to Paul Davies for the training sessions as well as the excellent advice and encouragement, all of which were absolutely essential in coming away with an award.” 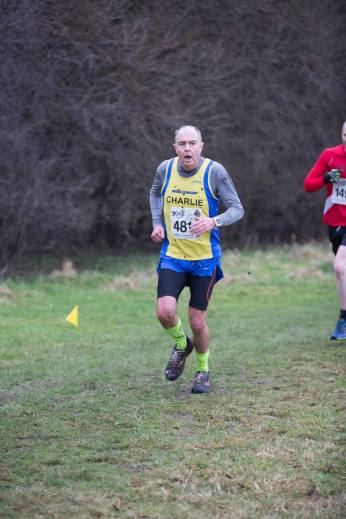 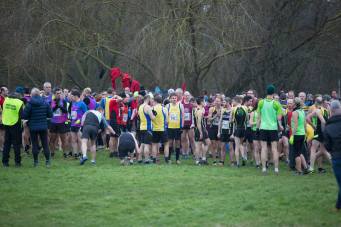 Gathered at the start