Skip to content
HomeTrack is back: SAL and Beds AAA Open report

Biggleswade Athletic Club’s track and field campaign has roared into life with some great performances, and the club put up a strong fight in the first match of their Southern Athletics League campaign, which was held at Stockwood Park in Luton last Saturday.
Competing in Division 3 North, a small team combined well to hold their own in the face of competition from much larger clubs, with Nathan Dodds – in his first senior competition – taking a brilliant first place in the javelin with a personal best mark of 44.22m.

Two competitors are eligible to score points in each event, and in the men’s 100m Callum Dickson-Earle (12.8secs) and Oscar Riley (13.1) ran into a strong headwind to finish in fourth and fifth positions respectively across the A and B strings.

In the 200m, Morgan Webster was agonisingly pipped into second place despite sharing the same time – 23.7 – as the winner. In the B string Bradley Strong took fifth place in 26.8. Webster then added to a great personal points haul for the day with another second place in the 400m, finishing in 52.1.

Sarah Ridley finished in 13.6 to take a strong third position in the women’s 100m A race, while Janice Amber bravely continued to the line despite pulling up with an injury in the last 30 metres.

Sarah also competed in the 200m, finishing fourth in 28.5, and her sister Hannah took the same position in the B string race with 29.8. Hannah then gained third place in the women’s 800m, with a time of 2.32.1. Faye Young battled well in both hurdles races, picking up second and third place across the 100MH and 400MH to rack up valuable points.

Coach Paul Davies and the club’s veteran T&F team manager Charlie Arnold racked up some serious distance, with both competing in the 800m and the 5000m, and Paul also adding the 1500m to his day’s work. He was joined in that event by Marcus Davey, who ran a season’s best time of 4.47.2 to take fourth place. Paul took second in the 5000m A string and fourth in the 1500m B string. Arnold took third in the B string 800m then added to his trials with appearances in the 2000m steeplechase and long jump. 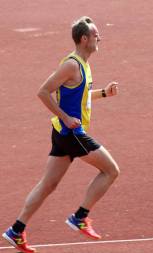 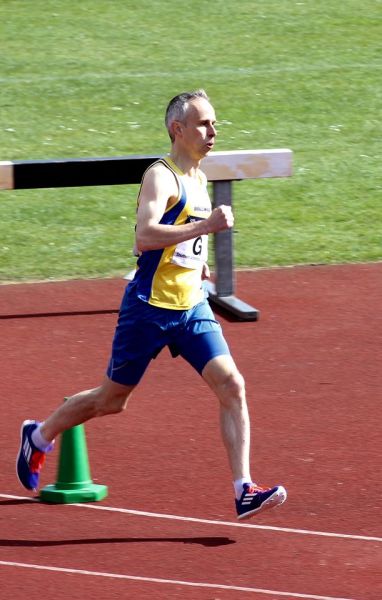 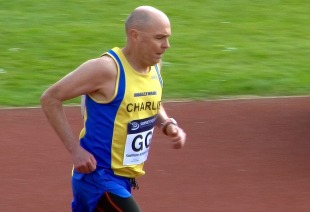 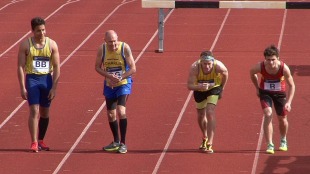 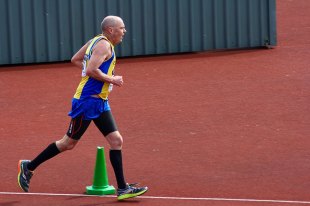 As well as Dodds’s javelin exploits, the under 17 athlete also put in great performances in the shot put (fourth, 9.98m) and discus (third B string, 23.91m). In the ladies competition, Sarah Ridley pulled off a fourth place finish and a personal best of 29.74m in the discus and took third in the shot with 9.80m. Sarah also put in some good throws in the B string javelin to take second in 15.17m, while Laura Satahoo took third in the A string with 22.21m.

In the 4x100m relay, the women picked up third place while David Brown – an official for the day – put his clipboard down to help both the men’s 4x100m and 4x400m relay teams earn valuable points.

Biggleswade finished fifth overall in the fixture and now look forward to the second league match in St Albans on the 20th May.

The previous weekend BAC athletes were out in force at the busy Bedfordshire AAA Open Meeting at Bedford International Stadium on 9 April, on a day when many came away with new best marks.

In superb spring conditions there were great performances in the field, with Joshua Watson winning the high jump in 1.95m – his best mark for two years – to finish 15cm clear of his nearest opposition, and Darren Janssen took both the discus and shot put honours with 25.69m and 8.62m respectively. Marcus Davey, who competes in the veteran age 45 category, finished third in a quality 1500m field in which the rest of the lineup were aged 20 or younger.

Ten athletes were in action in the 100m alone, spread across several races as a staggering 98 runners had signed up. Leading the way was under-20s athlete Morgan Webster, who posted a personal best of 11.37sec to capture third place in his heat, which was won in the second fastest time of the day.